WHY A CLIENT IS IMPORTANT FOR YOUR BUSINESS

Value is created by doing something unexpected outside the domain of your business.

60 Lakh agents terminated in the last 7 years in India

Table 1 :  Agents on the rolls in the last 7 years (on 1st April of relevant year) 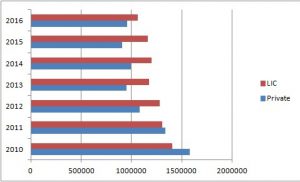 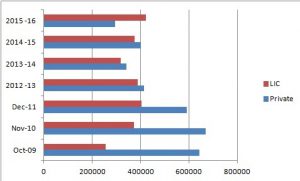 As seen in table 2, the total Industry lost two times the number of agents on the roll in 2009-10. While the total agents on roll in 2009 -10 were 29.5 lakhs, the total industry deletions in six years amounted to 58.85 Lakhs out of which the Private Life insurance companies lost 33.52 lakhs and LIC lost 25.32 Lakh agents during the same period.

Two major fallouts of the deletions

Does this augur well for the Industry ?

The ROOT CAUSE  for these trends is because the Advisors are recruited for COMMISSION instead of recruiting for MISSION.

Value is created by doing something unexpected outside the domain of your business.

WHY A CLIENT IS IMPORTANT FOR YOUR BUSINESS

Is the 10-3-1 sales funnel principle really workable ? Read more to break your myth